Events from 2015 and prior are listed below. Upcoming events through 2016 can be found here.

Connecticut Innovation Summit
SecureRF exhibited at the ninth annual event to celebrate CT's Innovation Ecosystem and was recognized as a 2015 Tech Company To Watch.

AIM Webinar Series: Securing the Internet of Things—Challenges & Opportunities
As devices, sensors and objects are given digital identities that connect them to the Internet by the billions, the need for security and privacy becomes a critical factor for both market adoption and safety. The 40-year-old security methods we now use on our PC's, and networks cannot address many of these IoT devices. In this webinar, we will look at the hurdles in making the Internet of Things secure and what options are available to you today. Featuring Louis Parks, President & CEO, SecureRF. Contact us if you would like access to a recording of this webinar.

RAIN Face to Face Meeting
SecureRF's CEO, Louis Parks, presented the Algebraic Eraser - detailing how this Diffie-Hellman-like agreement protocol is ideally suited for low-cost platforms with constrained computational resources and can address privacy and security needs of products and devices on the Internet of Things. June 24-25, 2015 - Portland, OR. — http://www.rainrfid.org/event/rain-face-to-face-meeting/

Internet Week New York
SecureRF participated and won first place in the "Pitch Competition" against 4 other connected-device start-ups for a chance to win a paid pilot with a major brand. The session is titled: Goliath Needs David: Start-ups Pitch Brands for Partnerships. May 19, 2015 - New York, NY — https://internetweekny.com/schedule/featured#/?filters=on&day=19&loc=hq

Tap Into NFC Meetup - Boston
SecureRF CEO, Louis Parks, was featured on a panel of speakers at the upcoming NFC Meetup - hosted by the NFC Forum. The session explored why NFC should be on everyone's radar. May 14, 2015 - Boston, MA — http://nfc-forum.org/events/tap-into-nfc-meetup-boston/

Internet of Things Developers Conference
From May 6-7, 2015 exhibited at this IoT conference in Santa Clara, CA and discussed how SecureRF is Securing the Internet of Things. — http://www.iot-devcon.com/index.php

AIM Summit
Louis Parks is a board member of AIM and attended this event. April 13-14 in San Diego, CA — https://aimglobal.site-ym.com/?Summit_2015

CHASE Conference on Secure/Trustworthy Systems and Supply Chain Assurance
SecureRF was a sponsor and Louis Parks spoke about Securing the Internet of Things. April 8-9, 2015, University of Connecticut — https://www.chase.uconn.edu/chase-conference-2015

SINET Showcase
SecureRF was featured as a SINET 16 winner at the SINET Showcase on December 3 & 4, 2014 at the National Press Club in Washington, DC. The annual SINET 16 competition, held by the Security Innovation Network (SINET), recognizes the best-of-class security companies that are addressing industry and government's most pressing needs and requirements. Learn more in our press release.

2014 Connecticut Innovation Summit
SecureRF was at the 2014 Innovation Summit on November 12, 2014 at Oakdale Theater in Wallingford, CT. We joined other members of the 2014 class of "Tech Companies to Watch" at the TCTW Expo. We were also honored by the Connecticut Municipal Electric Energy Cooperative (CMEEC) for our ability to better secure the SmartGrid. This annual event is presented by the Connecticut Technology Council, the Angel Investor Forum, the Crossroads Venture Group, and CURE. 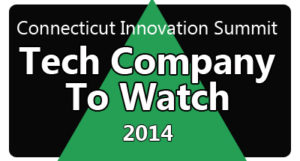 Presentation to Center for Communications Research (CCR)
Dr. Dorian Goldfeld, a co-founder of SecureRF and professor of mathematics at Columbia University, gave a talk to CCR, a division of The Institute for Defense Analyses (IDA), a not-for-profit corporation that operates three Federally Funded Research and Development Centers in the public interest. IDA's Center for Communications and Computing and its CCR division perform applied mathematical and computational research in cryptology and related disciplines in support of the National Security Agency's mission in cryptology.The talk, titled The Artin Feistel-Symmetric Cipher, presented the joint work of Dr. Dorian Goldfeld and Dr. Iris Anshel which introduces a new cipher. This cipher combines the well-known Feistel cipher with the concept of Braid Groups, a geometric braid that was introduced by E. Artin. November 7, 2014.

Spring 2014 Software & Supply Chain Assurance Forum
Louis Parks spoke at the Spring 2014 Software & Supply Chain Assurance Forum on March 19. The panel was called "Getting to Quality and Trust for Hardware and Software." The event ran from March 18-20, 2014 at MITRE Corporation in McLean, VA and was co-sponsored by Department of Homeland Security, Departments of Defense and Department of Commerce.

2014 International CES
SecureRF was at the 2014 International CES event on January 7 - 10, 2014. We gave wireless connectivity demos in the Texas Instruments Village. Check out the video of Louis Parks giving the demo of Veridify on TI's NFC Tag RF430CL330 (click on the settings gear and pick HD for the best viewing).

SecureRF's CEO, Louis Parks, spoke at the Counterfeit Electronic Parts and Electronic Supply Chain Symposium West on December 5, 2012 in Anaheim, CA. His topic was "A Public Key Method for Item-Level Identification and Authentication of Electronic Parts."

SecureRF was recognized as a Company to Watch at the 2012 Connecticut Innovation Summit in New Haven, CT on November 1. This annual event is hosted by the Connecticut Technology Council and Crossroads Venture Group.

SecureRF was recognized as a 2011 Company to Watch at the 2011 Cantor Colburn / CCAT Innovation and Entrepreneurship Summit - October 27, 2011 in New Haven, CT. Learn more.

Louis Parks (CEO) and Brian A. Marks (Special Counsel and Administrative Officer) were part of a panel presentation organized by the MIT Entrerprise Forum of CT and CTech titled "Selling a Venture" on 9/15/2011.

Louis Parks presented at the RFID Security Alliance monthly teleconference on Wednesday, 9/14/2011. The topic was "New Applications of RFID in Educational Settings."

SecureRF was at RFID Journal LIVE! 2011 in Orlando, FL. We participated in the DASH7 member meeting on April 11-12 and exhibited in the DASH7 booth on April 12-14. Louis Parks spoke at RFID Journal LIVE! 2011 with other members of the RFID Security Alliance in Orlando, FL. Their session, in the How to Deploy RFID track, is titled How to Keep RFID Data Secure.

Joanne C. Kelleher of SecureRF was part of a program titled "Technology Innovation Funding for Small Businesses and Exporting" presented by the CT SBIR office and U.S. Department of Commerce on February 14, 2011 in Berlin, CT and March 25 in Bridgeport, CT.

SecureRF was part of a presentation and discussion titled "The Role of Small Technology Firms in Innovation and Job Growth: Future Prospects for Connecticut" given to the State of Connecticut Legislative Commerce Committee on February 3, 2011 in Hartford, CT.

SecureRF was at the DASH7 Alliance Annual Meeting on January 31 - February 2, 2011 in San Diego, CA.

Louis Parks was part of the DASH7 Security Webinar on November 17, 2010. This webinar provided a timely look at the challenges of securing wireless platforms as well as a review of the protocols and frameworks now under consideration for the DASH7 platform.

SecureRF attended the GE ecomagination Challenge awards ceremony on November 16, 2010. SecureRF is one of a dozen new partnerships GE has formed to enable the acceleration and commercialization of technologies to help build the next-generation power grid.

SecureRF was part of panel discussion about the DASH7 wireless data technology at the November 15th meeting of the MIT Enterprise Forum of Cambridge RFID SIG (Auto-ID and Sensing Solutions).

On November 9th, the New Jersey Technology Council presented Top Twelve Technology Trends and Presentations from the Winners of the Mid-Atlantic Innovation Competition.SecureRF was a runner up and exhibited.

SecureRF was recognized as a 2010 Company to Watch at the CTC's Innovation & Entrepreneurship Summit - September 2010 in New Haven, CT

SecureRF has been chosen as one of the 3 United States East Coast Finalists in the Best Security SME category of the Global Security Challenge Competition 2010. Louis Parks presented our innovation at the GSC East Coast Regional Final, in Washington, DC.

SecureRF exhibited in the poster fair at the National SBIR Conference in Hartford, CT on April 22, 2010.

Louis Parks was part of a panel presentation with other RFID Security Alliance Members at INTERPHEX 2010 on April 21 in NYC. He was also interviewed by Pharmtech.com.

SecureRF was a semi-finalist at the Global Security Challenge US Eastern regionals - September 18, 2009 in Washington, D.C.

SecureRF was recognized as a Company to Watch at the CTC's Innovation & Entrepreneurship Summit - September 2009 in New Haven, CT.

Deb Santy, director of Connecticut's SBIR program, and Louis Parks, SBIR winner and President/CEO of SecureRF, were interviewed by Jeff Sherman on Wesleyan's radio show for entrepreneurs, "The Business Buzz" on August 7, 2009 on WESU (88.1 FM). They discussed how SecureRF has commercially leveraged the SBIR program right from the start of their first Phase I grant.

Louis Parks, CEO, moderated a panel discussion about RFID security for the pharmaceutical industry with other members of the RFID Security Alliance at INTEPHEX 2009 in New York, NY on March 17, 2009.

SecureRF was honored as a Connecticut Technology Council's Innovation PipelineCompanies to Watch Award winner on September 16, 2008.

Joanne Kelleher was part of a panel discussion, along with other members of the RFID Security Alliance, called RFID Security Should Not Be An Afterthought at RFID World on September 9, 2008.

Louis Parks spoke about What Do We Really Mean By Security for RFID -- And How Much Is Enough? at INTERPHEX 2008. The INTERPHEX conference is for pharmaceutical manufacturers and distributors.

SecureRF was selected to present at Red Herring East 2007 in Boston. Louis Parks discussed how we are bringing the world's first security solution for RFID to market.

CEO Louis Parks spoke about at The INTERPHEX conference about RFID in the Pharmaceutical Supply Chain - Security challenges and opportunities at INTERPHEX 2007.

At the Embedded Systems Conference Boston 2006, SecureRF was recognized for being a "Disruptive Technology that would change the industry.

Louis Parks, CEO of SecureRF, spoke at the RFID Applications 2006 conference. The topic was RFID in the Pharmaceutical Supply Chain - Security challenges and opportunities.