The IoT presents exciting new opportunities for companies to develop innovative products and services. However, despite the benefits associated with IoT technology, such as system monitoring and inventory control, many business leaders continue to cite IoT security-related challenges as obstacles to more rapid IoT adoption. 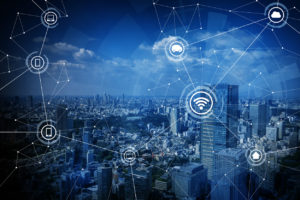 According to a recent Economist Intelligence Unit (EIU) report, sponsored by ARM and IBM, 26% of senior business leaders consider security to be a chief impediment to IoT implementation. Only the high cost associated with investing in IoT infrastructure is considered a bigger obstacle to IoT adoption.

The EIU surveyed 825 business executives from 10 industries for the report. The top chief obstacles to IoT adoption were: the high cost of IoT infrastructure (29%); concerns about security and privacy (26%); a lack of senior management knowledge or commitment (23%); and weakness in an organization’s technology infrastructure (16%).

Commenting on the 2017 survey and comparing it to the first EIU report in 2013, ARM CEO Simon Seggars wrote in blog post:

“The survey tells us that most respondents feel their companies would have been further down the path to significant IoT rollouts by now. The survey gives us a clue as to why that is; emphasizing concerns over security and privacy, and the perception that IoT infrastructure is expensive to deploy and manage.”

It makes sense that some business leaders have been reticent about rushing IoT products to market or relying on the IoT for internal processes and operations. Numerous IoT hacks and exploits have been widely reported by the media since the first EIU report in 2013. However,  what is not always reported in the media is the intensity with which security companies and semiconductor manufacturers are investing in new security solutions and preventative measures. Companies such as Intel and STMicroelectronics, to name only a few, are directing a great deal of engineering talent and resources on IoT security. For example, both companies are establishing partnerships with IP provides to deliver strong security solutions to their customers. Check out the following resources for more information: